Not so long ago, any mention of Adelaide at an international expo in the USA or Europe would likely have been met with more than a few blank stares.

Now, with billions being invested by State and Federal governments, South Australia’s capital is emerging as a bright light in the global constellation of defence and space economies.

However, that doesn’t automatically translate into an inrush of companies willing to spend, employ and expand. Having spent much of his career working for large corporates in Australia and overseas, Defence SA Chief Executive Richard Price knew it isn’t just a case of “if you build it, they will come”.

“My experience in the defence industry taught me that committing to a new country is a massive step for many companies, some of whom might never have expanded beyond their own borders or may speak a different language,” Richard says.

“Getting integrated into the ecosystem of a new jurisdiction is essential for these companies, and it can be a daunting prospect.

We wanted to make Adelaide the easiest place for companies to come in and test the market and take the stress out of what is a big decision. We wanted to ensure it was in a really attractive and collaborative spot, which is why we chose Lot Fourteen to create the Defence and Space Landing Pad.

As the name suggests, the Landing Pad is where companies can touch down and make their preliminary entry into the market. There are some financial incentives – such as free or subsidised rent for the first year along with packages of up to $40,000 for access to professional support and advice – but the relationship is designed to go much deeper.

“It’s much more than an office; it’s the network that comes with it,” Richard says.

“The Landing Pad is on the same floor as the Defence Teaming Centre, which gives new arrivals invaluable contact with up to 250 potential industry partners. We also provide companies with preferred partners who can offer a range of other services from accounting through to human resources to help them adapt to the local business terrain.

“The idea is to fast-track their decision making so that, within 12 months, companies are able to make an informed decision about whether to commit to staying in South Australia.”

The Landing Pad has attracted companies from the USA, UK, Canada, France, Spain and New Zealand with around a quarter of the 17 organisations who’ve used it so far going on to set up significant operations in South Australia.

One of those is international testing, inspection and certification company Bureau Veritas. From maritime origins in France in the 1820s and with more than 80,000 employees today, it operates in 140 countries and was attracted by the opportunities presented by the naval investment being made in South Australia.

“We saw an opportunity to capitalise on our very extensive marine and shipping expertise and translate that into a naval product that could potentially be used across our global business,” says Ian Coker, Naval Business Manager Australasia for Bureau Veritas.

“Australia is bringing ships from different shipbuilding nations to our shores. We identified the need for the development of a classification system that helps ensure the ships we are purchasing meet the needs of the Royal Australian Navy, the defence force, the government and, ultimately, the taxpayer.”

The result is the Australian Naval Classification Framework developed for the Department of Defence by Bureau Veritas.

The framework underpins the development and growth of Australia’s sovereign shipbuilding capability by providing rules to guide the tendering, design, construction, commissioning and maintenance specific to Australia’s naval needs. It also provides the assurance methodology against which Australian seaworthiness can be implemented and measured.

The work has involved Bureau Veritas condensing, updating and redefining more than 200 separate standards for naval ships and material readiness into a single set of rules. These include quality and safety regulations for ship structure, machinery, control systems, electrical and fire systems, environmental hazards and more. 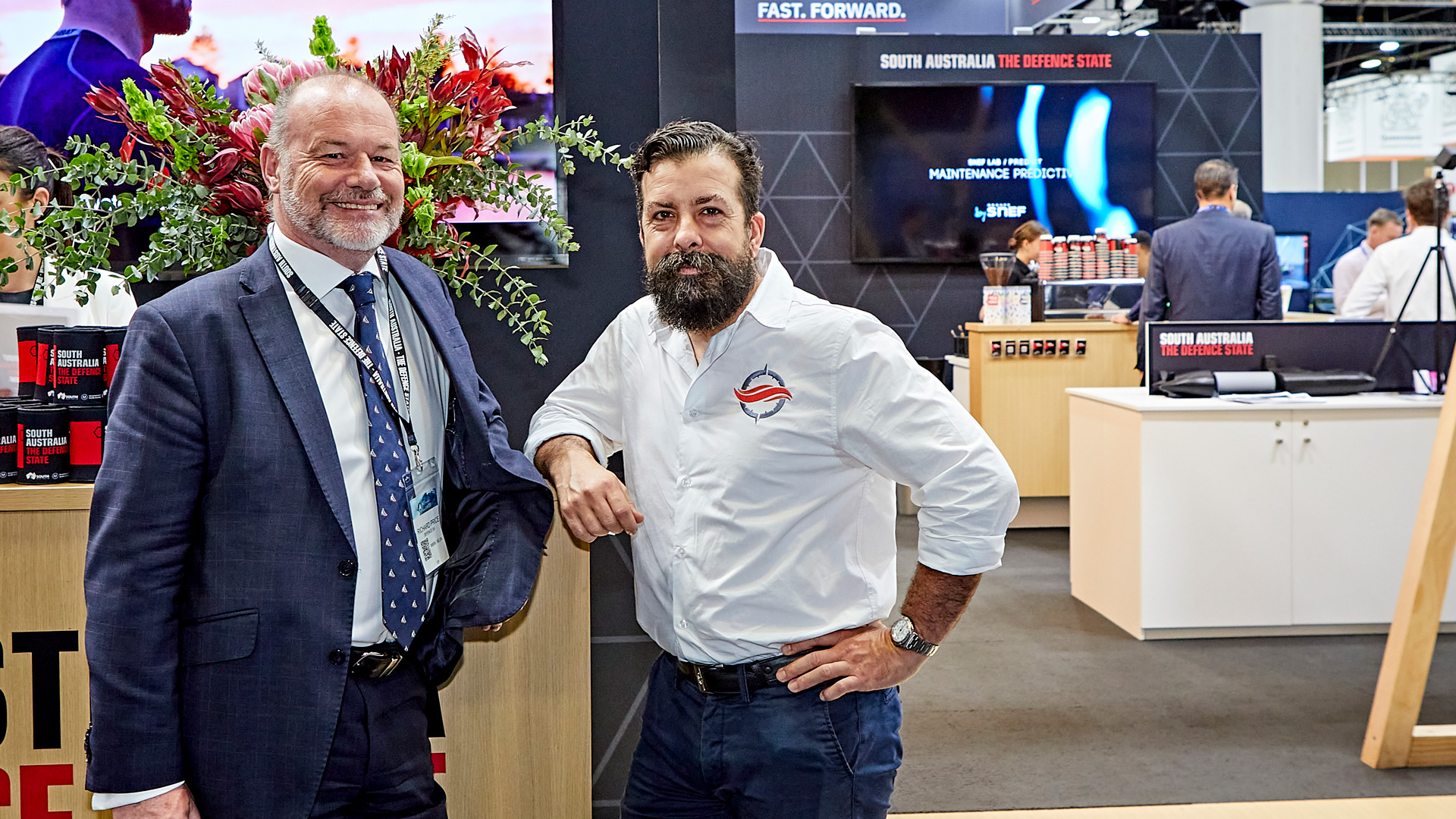 Being based at Lot Fourteen’s Landing Pad has been a primary driver of the company’s successful entry into the Australian market.

“I had some preliminary conversations with Defence SA who then steered us to the Landing Pad at Lot Fourteen,” Ian says.

“The big appeal for us was that it’s a centre of innovation located right in the heart of the city. You’re not isolated in an industrial suburb, and you can form relationships and workshop ideas within a totally collaborative community.

“We’re trying to find solutions for uniquely Australian challenges, and the Landing Pad concept within Lot Fourteen has been outstanding for us.”

Such has been the success of the collaboration that its Adelaide operations are now globally recognised as the company’s Centre of Excellence for Naval Services. It has national and international agreements with universities and its naval classification solution is being rolled out across the global operations of Bureau Veritas.

In under two years, it has expanded beyond the Landing Pad and has grown its local workforce from one to 25, with many of those new employees relocating from interstate and overseas. And Ian is determined to ensure Bureau Veritas stays at Lot Fourteen.

“This has been such a positive environment for us that we are 100% committed to staying here,” he says.

“In fact, we’ve got our eyes on the new Entrepreneur and Innovation Centre being constructed here and intend on being among its first tenants.”

For Richard Price, the Landing Pad is performing exactly as intended, making it as easy as possible for companies to make the commitment to South Australia.

“I think it’s a model that’s worth looking at more broadly,” he says.

“Anything that we can do to make doing business easy in SA, we should do. A small cheque makes no substantial difference to a large company but, by adding value with services, you can really make a positive impact.”