Major naval shipbuilding projects will create up to 5000 jobs in South Australia by 2030, along with thousands of additional jobs across other projects in cyber and systems solutions and intelligence.

“We are starting to become quite active in transitioning people from other allied industries,” he says.

“When the automotive industry ramped down a bit, we took on a few of those workers. They didn’t necessarily have a strong defence background but they had really great production management skills and that’s very important to us.

“(Working elsewhere) isn’t a barrier to entry. Those workers bring a diversity (to the defence workforce) that we think is really important. Some of the people we have in key leadership positions have come with no defence background whatsoever but have fantastic leadership and strategic skills, and they have become a key part of our business.”

While no specific industry is currently being targeted, a broad range of workers with experience in software engineering, project management, data management and the highly specialised field of combat systems engineering are in particular demand.

However, many workers dismiss opportunities in defence due to a limited knowledge of the roles available and an unfounded anxiety over the security checks required to work on classified projects, Symonds says.

The centre, the first of its kind in Australia, has received more than $22 million in federal government funding and will also assist small and medium businesses break into long-term supply chains.

In another bid to expand its workforce, Saab has increased its intake of new graduates, who spend two years teamed with experienced engineers to work on defence and security projects such as the 9LV Combat Management System, the Navy’s surface fleet and the OneView integrated security system.

Paid internships are also offered to students in their penultimate year of university, along with scholarships that aim to encourage women and First Nations people to pursue tertiary studies in STEM.

Symonds says both university and vocational graduates are sought for defence roles.

In some circumstances, those who have hands-on skills but no formal certification can be supervised by qualified workers while they undergo the formal training required to carry out the work on their own, he says.

“We see a great number of opportunities available in defence going forward, in particular around naval shipbuilding but in other areas as well,” Symonds says. “The general public think about shipbuilding in terms of welding together lots of steel but there’s an awful lot of complex equipment that goes into building naval warships.

Mechanical and aerospace engineering graduate Max Wayne joined Saab as an intern before progressing to the graduate program.

He now works as a systems engineer and maritime early careers lead, and says there are “too many” career opportunities within defence for new graduates to fully grasp.

“It’s a massive industry already and it’s only going to get bigger over the next decade to come,” Wayne says.

“Defence needs a lot of technical people right now in a really big variety of roles, from software engineering to mechanical engineering and, really, everything in between.

“There’s just so much knowledge and experience to be gained by working in this field and there’s a lot of secure job opportunities as well.”

MANY PATHWAYS TO A DYNAMIC INDUSTRY

Vocational education and training graduates make up a significant proportion of the defence workforce.

More than 30 qualifications offered through TAFE SA can lead to promising careers within the industry, dispelling the misnomer that defence workers must be university educated.

As the nation’s home for shipbuilding, South Australia has recorded a strong increase in defence sector apprentices, with 5360 apprentices undertaking defence-related trade training last year – an increase of 28.5 per cent from 2020.

A certificate II qualification can see workers enter the industry as a trade’s assistant, while a diploma can lead to work as a manufacturing engineering technologist, with a starting salary of more than $90,000.

“Welding and engineering qualifications are the first that come to mind when people think about defence but it’s so much broader than that,” Pisano says.

“There’s a whole range of different trade opportunities that exist within defence businesses – mechanical fitters, CNC operators, refrigeration mechanics, electricians and then there’s (a need for those skilled in) electronics for all the work done on the combat systems. 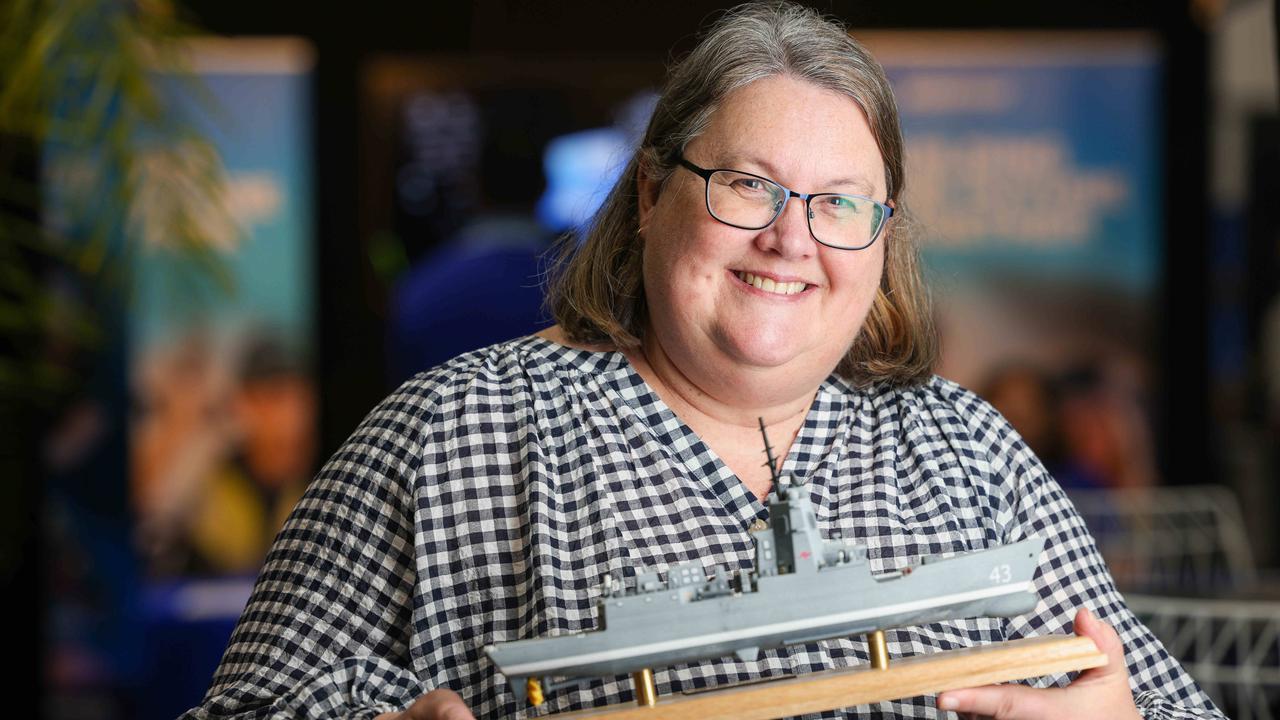 The need for workers with gaming and visual effects skills often comes as a particular surprise but is essential for the internal fit-out of ships and submarines during the planning and design stage, Pisano says.

“Defence industry organisations use virtual reality and augmented reality quite a bit in terms of putting their systems in the right place (with a defence vessel),” she says.

“At TAFE, we have our own engine room which students can view in virtual rea