Space launch is an important pillar in Australia’s sovereign defence capabilities. Playing a lead role in navigating legislative and regulatory frameworks across projects for Defence directly and on behalf of defence industry companies, Eamon’s success demonstrates the critical role legal and policy expertise will play in developing the nation’s sovereign space and defence capabilities.

He will now go on to compete for the national AIDN Young Achiever Award title, with the award ceremony to be held in Canberra in February 2023.

Reflecting on the achievement, the University of South Australia graduate who received First-Class Honours in Law and a second Bachelor’s Degree in Business (Economics, Finance and Trade) was thrilled to win the award.

“It was humbling to be recognised in such a strong field of applicants,” Eamon said. “The regulatory framework governing commercial space launch in Australia is in its infancy, and my role has provided me with the unique and exciting opportunity to help push for the development of a safe and effective system of approvals.”

“Australia’s system of space and space-related approvals needs to mature if it is going to keep pace with the ever-growing demand for domestic access to space. I’m proud that my role plays a small part in facilitating this change, ultimately enhancing our sovereign defence capabilities and ensuring that Australia can make its mark in the global commercial space industry.”

“This award does not only recognise my achievements while working at Southern Launch but serves to highlight the importance of space as a pillar of the Australian defence industry.” 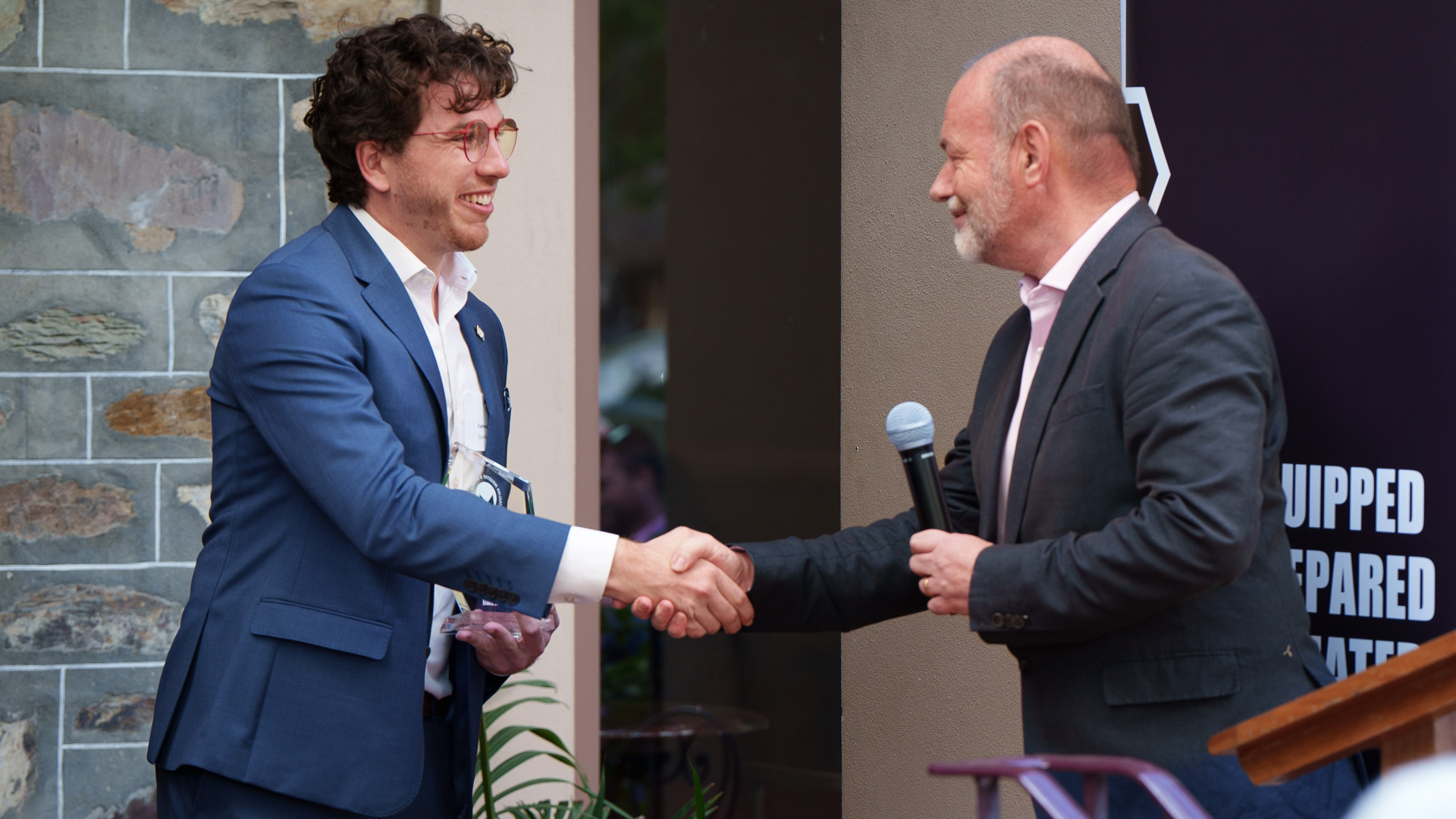 Richard Price presenting Eamon with the AIDN Young Achiever of the Year Award.

Defence SA Chief Executive Richard Price congratulated Eamon and his fellow nominees for their contributions to the industry.

“Defence SA is proud to support the AIDN Young Achiever Award which provides an important opportunity to recognise and celebrate the contribution of young people to building our sovereign defence capabilities,” he said.

“We need to welcome many more young people into well paid defence industry jobs to secure our nation. Today’s young achievers are tomorrow’s industry leaders and the calibre of this year’s nominees demonstrates that the future is in safe hands.”

Defence SA has been a long-time supporter of AIDN and is proud to sponsor the Young Achiever Award which recognises and celebrates the driven and talented young people who are the key to the future of the state’s defence industry.